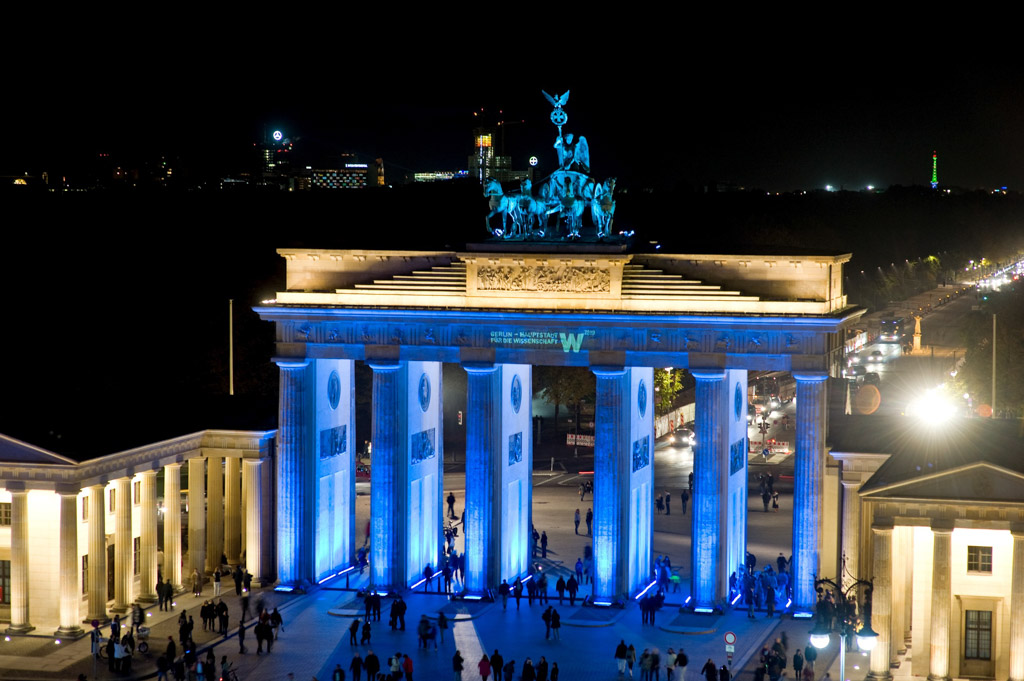 Research in the light of the city

On the occasion of the Year of Science 2010, our team has come up with an idea: to transport the topic of science, which is so important for the capital, via the platform of the Festival of Lights, because light and science are very closely linked. This idea has been enthusiastically received by the Charité Berlin – one of the most important university locations: “Berlin should become recognizable as a science location. We want to show that science accompanies our everyday life”, Prof. Detlev Ganten, Chairman of the Charité Foundation Board. “The Festival of Lights is intended to open up a new and wider public access to science,” Ganten continued. Instead of simply illuminating the buildings individually, we decided to present the “Capital of Science” at its very own landmark: the Brandenburg Gate. On the impressive frieze runs an alternating band with text messages. Interesting figures and discoveries draw attention to the Year of Science and plunge the monument into an emotional light symphony. Millions of festival visitors see and experience this illumination. In addition, the text messages can be seen via live camera all over the world. A great time for research. “You can’t want more attention!” so Prof. Detlev Ganten.